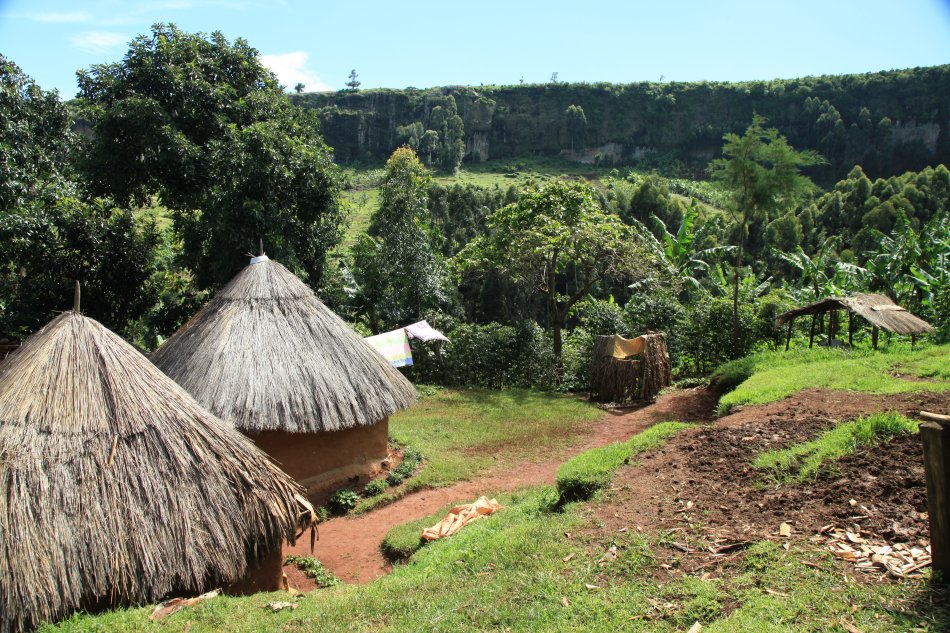 I was just a few months away from clearing my two-year diploma in education course in Siriba Teachers’ College in Maseno. I was already beginning to miss this institution that had been my home for a time that was seemingly very short yet it had meant a great deal to me. I had got very attached to the magnificent pink-painted walls, the well-kept lawns, the warm hostels and the ever delicious meals. All these had made my stay in the college very comfortable. Comfort was paramount to me because I hailed from a very rich family. My father was a millionaire businessman.

I had made numerous close friends and I couldn’t imagine that sooner than I had expected, I would have to painfully part with those warm people who two years earlier had been strangers.

As far as I was concerned the idea of making new friends was out of question since I felt the only friends who mattered were the ones I had already made. I therefore felt the teaching practice that I was supposed to undertake in the last three months of my hectic training would be a nightmare. What even saddened my ever joyous heart was the fact that I had been posted to a very dry, remote and uninhabitable part of the country.

I, who was slim, light-skinned, of average height and loved the softer side of life would never fancy the thought of staying in such a God-forsaken place. That was a place where houses never mattered as long as one had some leafy roof over one’s head. In most of those so-called houses one could count the stars in the sky at night. Getting water took real and relentless effort because it was so scarce that a drop of it was considered enough to quench one’s thirst! It was therefore sparingly used.

The rainy season was no consolation either since the houses leaked and there would be nowhere to sit. As if this wasn’t enough, the flat low-lying plains would flood to the depth of a lake and the once dry land would, all of a sudden, be an unknown lake. This consequently became the most ideal habitat for the notorious mosquito which caused untold misery to families due to the fatal malaria that it spread. At such times burial was also a nightmare since the submerged land would not allow it.

Having considered the pros and cons of going to teach in that school, I decided that I wasn’t ready for the discomfort and the risks involved. I therefore decided to talk to some of the lecturers whom I was certain would help me get a posting to a school in a more conducive environment. Luck was on my side as one of them offered to help me and before long, my posting was changed to Mukumu Boys’ High School in Kakamega where life opened a new chapter in my focused life.

I was the kind of child any parent would have wished to have. I was disciplined and strikingly beautiful. I loved my parents and siblings and in return they adored me.

I was the eldest of the six children of Nicholas Riungu Mbui and Jane Rose Karimi. My three beautiful sisters – Agnes, Anita and Yurita and my two handsome brothers – Patrick and Humphrey – all made a wonderful family filled with love, joy and concern for each other. we actually were born on a silver platter.

School life had been the most exciting and adventurous for me. I had gone through my primary school course successfully and was admitted in St. Mary’s Girls’ High School, Egoji and sat my Ordinary level examination in the fourth year. I passed very well and joined Muthambi Girls High School for my Advanced level education and sat my examination after two years and passed well. My parents, Nicholas and Jane were very proud of me and knew that I was destined for great things. It was because of this that they gave me all the support while I was in college which was far from home. They didn’t want me to lack in anything and therefore I knew that my wish was their command. This was why they even made my journey as comfortable as they could by having me driven to Jomo Kenyatta International Airport in Nairobi to take a flight to Kisumu Airport from where a taxi would take me to Maseno. This was manageable because my mother Jane, was the efficient and successful manager of the business empire and she had seen to it that their children didn’t lack in anything. Jane had been the envy of all and sundry.

Time came for me to go for my teaching practice towards the end of the second year. I packed all what I had and called for a taxi to take me to my school. I found two of my classmates who had arrived that morning. The headmaster, Mr. Nanzushi, extended a warm welcome to us and offered each of us a cup of very well made cup of tea. He later took us to the staffroom where he introduced us to the teachers. Later he took us to the various classrooms and introduced us to the eager students who were keen to hear the voices of the seemingly young teachers.

I was a born teacher. My soft and melodious voice was particularly very captivating to my students and colleagues and so was my disarming smile. I was a teacher of English and Geography and my intonation was in no way affected by my Meru accent. I spoke very fluently and this baffled all who thought that all people from my tribe spoke a dialect of English that was difficult to fathom – words like mboys instead of boys and ngaus instead of girls. The students loved me and always longed for my lessons.

Little did I know that apart from the liking the students had for me, my colleagues had secretly fallen in love with me yet I had not noticed it.  My male counterparts struggled to out-do each other to capture my attention. They kept tumbling over each other to even serve me a cup of tea at tea-break. Gradually, I noticed this but decided to take it within my stride. Nevertheless, amongst all the enthusiastic male counterparts, there was one who was the apple of my eye but my ego wouldn’t allow me to blurt it out.

However, with time, the very handsome, intelligent, overt and humorous gentleman who was in the same English department started extending a helping hand in lesson preparation. Soon, we began filling English crosswords in the newspapers together. Neither of us expressed the fire that was burning inside each of us. He kept inviting me in the evenings for a cup of evening tea in his house but I always played hard to get. Gradually, we began visiting each other’s house in the staff quarters – his was house number four while mine was house number ten. I loved going to Wycliffe’s house.

Wycliffe was a very organized bachelor. His house was always neat and his kitchen was always well stocked with food. He had a taste for very romantic country music and as we walked from Khayega market where we bought groceries, he’d sing to me very emotional love songs along the two kilometer walk back to the school. He would add flavour to a song like We’ve Got Tonight by Kenny Rodgers  by singing . . . why don’t we start. . . instead of . . .why don’t you stay. . .

We happened to have a lot in common and this cemented our unbreakable relationship.